Living in a big family I escaped from chaos into creativity.  Music was my life – listening, playing, making sounds with anything I could find – decks, guitar, whistle, recorders, ocarinas and my voice.   My idea of a worthwhile career was to create music. From being a Cathedral chorister I set my mind and heart on being in a band.

Epilepsy, parents and others intervened.  I “had to  get a proper job”.

Yeh right!, We’ve heard that one over and over.  So many shattered dreams! Get a grip I thought.

Epilepsy was a gift to me.   It is an early warning system alerting me to danger.  I can feel it – whether its a compelling  attraction – or a threat from others;  I sense trouble ahead – spotting patterns and behaviours that most don’t see, like a sixth sense.

Most beautiful and surprising, epilepsy gifted me with a creative mind.

My early and middle years found me developing a social action charity that transformed and empowered individuals and communities involving networks of thousands. Our  work was picked up by government departments and authorities in the end because it was was working – people were getting involved and lives were changed.  Rolled out as a government programme the good stuff got watered down – and with it the joy.  The work would never reach its potential when controlled bu politicians who we all know are lost and in denial.

But seeing people’s behaviour switched me off.  Despite being supported and empowered and given incredible tools, now they dug holes, fought with each other and everyone, while new funders pulled their strings like puppets, and set their agenda. Desperately trying to impress government officials and powerful partners was playing into a developing and disempowering agenda and not getting to the root causes of the problems and big issues of the day.

I sat alone one day and thought to myself,

“Julia and I have created all this. Now Julia is sick. They’re not children. We’ve given them some amazing tools.  Now leave them to find their own way. We have cast the proverbial pebble in the pond.  We’ve taken the horses to water. Time to end this part of your career, Stephen. It’s killing you, You’re not creative anymore.  If you’re not creative, you\re not effective.”  That was 2014.

Such a sense of release. Happiness pulsating inside me.  Freedom. Motivation. Energy.   As if my true self had been allowed back out of the box

I continued to developed new work (in the US) and, crucially I made time to be creative.

I invested in myself and trained in the Method.  As an actor, I’ve  been in a film a year ever since, written material for 2 albums, reconditioned my voice and completed  8 episodes of a TV drama series. WTF what have I been doing LOL.

Soon our band will be in the studio.

We’ll create, recreate and regenerate within a community of great people and mentors who believe in giving value.

We’re in a community of thousands of people globally who take stock, connect with their dreams and take action to make the changes – and find  health, wealth, purpose and connection.  Who appreciate life. We’ll introduce anyone who asks.

But, we’re still on the journey.

For our songs and our message to catch on, we need more than a wing and a prayer.

We need to learn another set of skills – to market online.

We love being creative and to see other people being creative. We love to see people living well, with income streams that allow them to live their best life.  We’re meeting more and more people who, like us,  are discovering that building their own online business is a joy..

Find out how we did it soon. 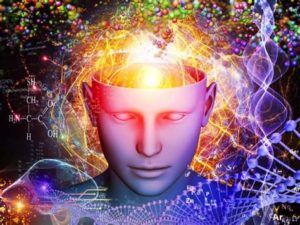 We use cookies on our website to give you the most relevant experience by remembering your preferences and repeat visits. By clicking “Accept All”, you consent to the use of ALL the cookies. However, you may visit "Cookie Settings" to provide a controlled consent.
Cookie SettingsAccept All
Manage consent

This website uses cookies to improve your experience while you navigate through the website. Out of these, the cookies that are categorized as necessary are stored on your browser as they are essential for the working of basic functionalities of the website. We also use third-party cookies that help us analyze and understand how you use this website. These cookies will be stored in your browser only with your consent. You also have the option to opt-out of these cookies. But opting out of some of these cookies may affect your browsing experience.
Necessary Always Enabled
Necessary cookies are absolutely essential for the website to function properly. This category only includes cookies that ensures basic functionalities and security features of the website. These cookies do not store any personal information.
Non-necessary
Any cookies that may not be particularly necessary for the website to function and is used specifically to collect user personal data via analytics, ads, other embedded contents are termed as non-necessary cookies. It is mandatory to procure user consent prior to running these cookies on your website.
SAVE & ACCEPT
Scroll to Top